From the Parkside Brewery in Port Moody comes their Second Anniversary beer the “Anniversary Beer Raspberry Gose”.  The beer pours a deep murky red colour with a red head.  The aroma consist of huge raspberry notes, juicy berries with a good sweetness on the nose.  The flavour is of big tartness, raspberries, jammy berry, mild sweetness, hint of malts and a salinity in the finish.  The alcohol content comes in at 4.7% with an IBU of 8.  This is one of the nicer fruited Gose that I have had locally now.  I would pick up some of this as fast as you can.

Commercial Description:  This brilliant raspberrry-red beauty was made on a base of superior Pilsner, wheat and acid malts and has a salty, tart sourness from the addition of raspberry juice, coriander and grains of paradise. It’s light and easy-drinking with a nice crisp finish. 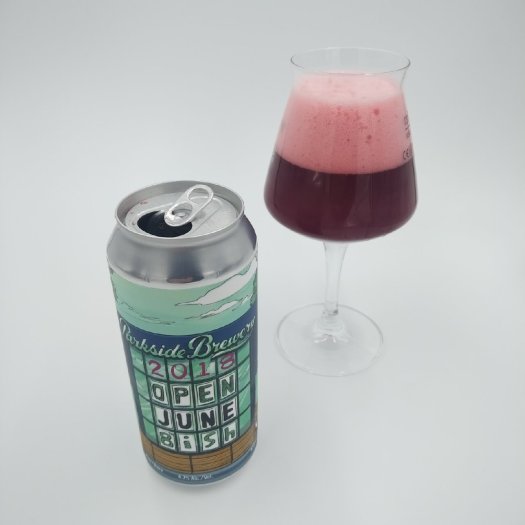 One thought on “Anniversary Beer Raspberry Gose – The Parkside Brewery”